Radio amateurs should be familiar with the term dummy load, which is a RF-friendly substitute for an antenna when testing a transmitter or piece of equipment such as a Watt meter. 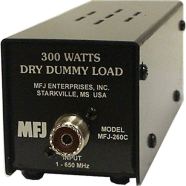 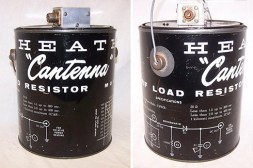 A dummy load is somewhat generic, also having industrial and commercial uses.  As applied in ham radio, it electrically simulates an antenna to allow a transmitter to be tested without radiating radio waves, typically at 50Ω to match transmitter output impedance.

Dummy loads are rather simple—  just a big resistor and some way to dissipate heat, all in a package that must be non-reactive, meaning it provides insignificant capacitance and inductance.

Why must a dummy load be non-inductive?  Because of impedance (practically speaking, AC resistance), which increases with frequency based on the formula of inductive reactance XL=2πfL.

Most common power resistors are wire-wound, which have significant inductance.  So RF dummy loads must use resistors with little or no inductance. 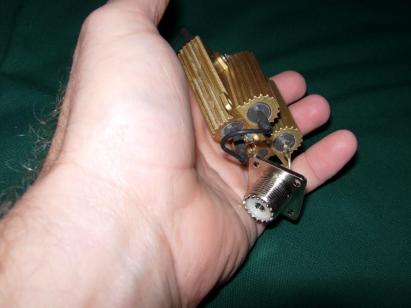 Unfortunately  it also has END_OF_DOCUMENT_TOKEN_TO_BE_REPLACED